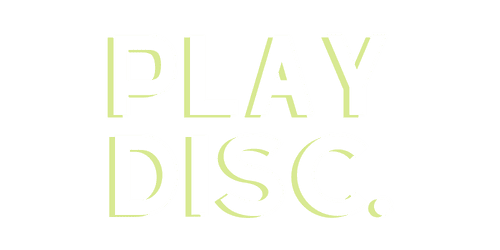 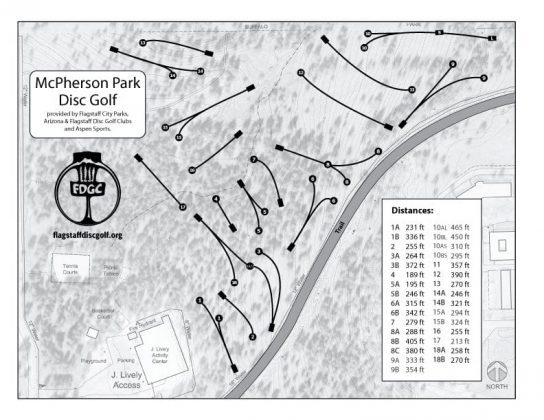 The McPherson Park Disc Golf course was originally a dream of Joe Hoopes in the early 2000’s. Joe spent numerous hours plotting out a course and meeting with city officials but as it turned out, the course would have to wait a few more years to become a reality.

In 2004, Chris ‘Barley’ Kirby and Jason Allind, along with a few dedicated FDGC members, rekindled the project and finally Joe’s dream became a reality in August 2005.

We were challenged with only 13 acres to work with (most 18-hole courses require 18-20 acres as a minimum), but managed to efficiently utilize the land to create a fun and challenging course that is enjoyed by recreational and tournament players. We were happy to incorporate many elevation changes in the design, a feature that was lacking at the Thorpe Park Course.

The course is situated on the historic Beale Wagon Trail, which dates back to the late 1800’s. As an homage to this history, a horseshoe that was found onsite was embedded in the hole #8 teepad for good luck! The course showcases 18 DGA Mach V red hammertone baskets that were bought by Aspen Sports and the Arizona Disc Golf Club. These unique targets were previously utilized on the temporary Little America Course that was host to the 2003 PDGA Pro World Championships.

Members of the FDGC, along with the City of Flagstaff Parks department, installed the course in the summer of 2005. The McPherson course is seasonally open from May – November in an attempt to minimize foot traffic on the sensitive vegetation during the winter months.

We're taking new pics of the courses! Stay tuned to our Facebook page and blog for new pictures and video.