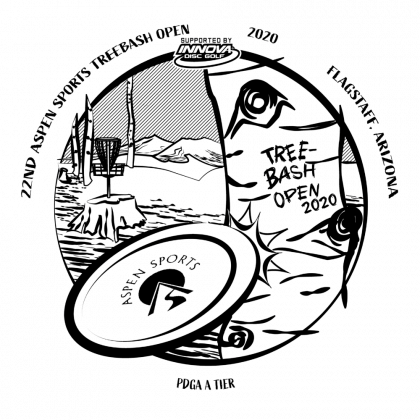 Aspen Sports is once again our title sponsor!! It is the premier ‘hometown’ outdoor outfitter located in downtown Flagstaff, Arizona. They have a fantastic merchandise selection and an experienced staff to assist you when you are planning your next outdoor adventure. They carry the highest quality, dependable and functional gear. If you’re in need of a replacement disc or need something a bit less stable for 7,000-10,000′, Aspen Sports has a great disc selection. Aspen Sports is looking forward to serving you! Whether you’re planning to climb the San Francisco Peaks, hike the Arizona Trail, raft the Colorado River, or play in the Treebash, Aspen Sports has the gear, clothes and accessories to make your adventure a memorable one! 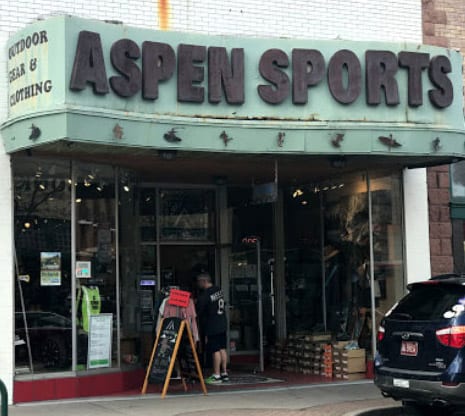 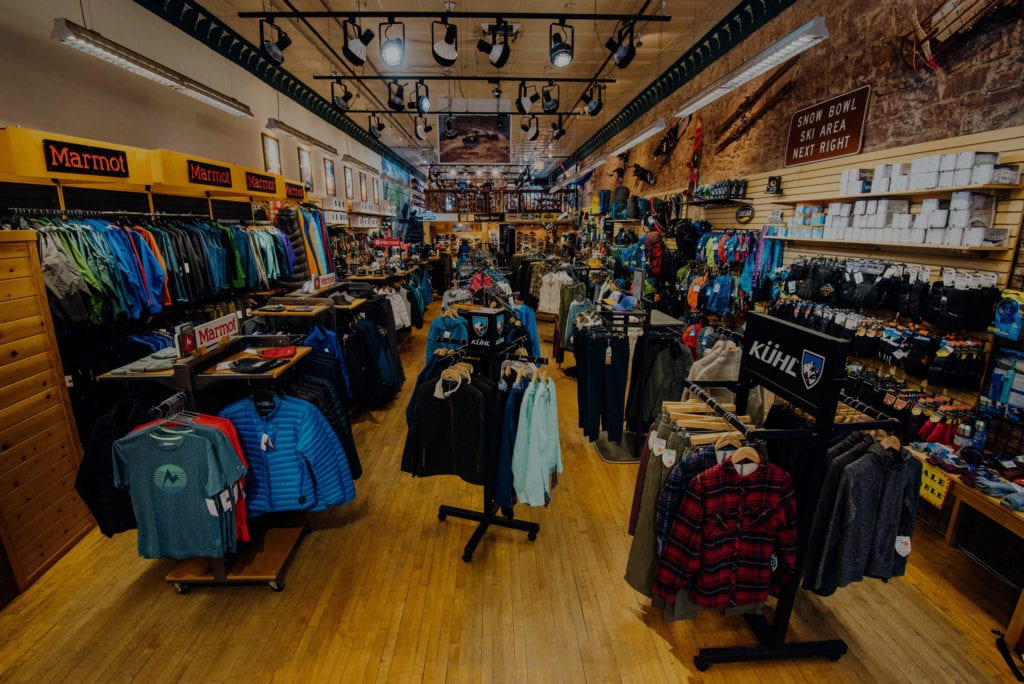 Everything You Need to KNow

The 22nd Aspen Sports Treebash Open is a PDGA A-Tier. Tournament dates are October 9th-11th. The tournament will be at Ft. Tuthill County Park, Thorpe Park, and McPherson Park in Flagstaff, AZ.

All PDGA rules will be enforced. The two-meter rule will NOT be in effect. Alcohol consumption will not be permitted during tournament play. Any player caught consuming alcohol during tournament rounds will be disqualified immediately and reported to the PDGA. Smoking is not permitted on the courses.  City and County policies prohibit smoking on their parks and property.  The smoking restriction extends to electronic cigarettes as well.  Any player caught smoking will be disqualified and reported to PDGA.

The recommended dress code outlined in 3.04 of the Competition Manual will be followed in this event.  Specifically, (1) “…players must wear a shirt covering their upper chest area. A well-tailored shirt with a collar and sleeves covering the upper arm shall be considered acceptable. Tank tops are not allowed for any competitor, but women may wear sleeveless shirts with collars, and (2) … tee shirts will not be allowed, except for competitors in the Junior and Amateur divisions during preliminary rounds. Juniors and Amateurs shall not wear tee shirts during semifinal or final rounds. Crew neck or v-neck shirts made of high-performance or high-tech materials, such as Dry-Fit, Cool-Max, and others will be allowed.”

Flagstaff is 7,000 feet in elevation. The courses are in rugged terrain and weather can change abruptly from warm, clear skies to cool, rainy, cloudy conditions. The average daytime high temperature in October is about 62oF, with a low near freezing.  Morning rounds will likely be cool; afternoon rounds should be much warmer.  Players should acclimate themselves to elevation, hydrate before, during, and after their rounds, wear sturdy footwear, and bring extra clothing for changing conditions.  We could have rain, so be sure to bring an umbrella.

All 3 courses are on multiple-use facilities. All players are required to extend courtesy not only to other players, but especially to other users of the parks (littering and vulgar language are considered as courtesy violations). If it is determined that a player is being discourteous according to the PDGA Player Misconduct Rules, disciplinary action will be taken.

Players can enter the ace pool for $5.00. If you did not sign up for the acepool when you registered, you can sign up when you check-in.  Ace pool will apply to all rounds of competition.  If no ace is hit, half of the ace pool will go to the pro payout and the other half to Flagstaff Disc Golf Club.

Your safety is our safety.  For the most part, we will follow PDGA guidance on Covid safety (https://www.pdga.com/pdga-documents/tour-documents/requirements-and-best-practices-pdga-sanctioned-play-during-covid-19).  We will follow all local city, state, and county rules related to Covid.

All players will be required to follow these guidelines.  Facemasks must be worn at all times during the following: check-in, awards ceremonies, and when a 6-foot distance cannot be maintained.  We will provide all players with facemasks.  We will have hand sanitizer available for player and staff use.  Please do not touch other players discs or equipment.

Any player who is sick and exhibits Covid-related symptoms will not be allowed to play.

All players will be required to acknowledge that they have read the following waiver from PDGA.  This is a PDGA requirement.

“I understand that participation in this event carries with it risk of injury or death and I, on behalf of myself, my heirs, administrators, executors, and assigns expressly release, forever discharge, and hold harmless 22nd Aspen Sports Treebash Open, Flagstaff Disc Golf Club, William Block and the PDGA (the “Releasees”) for all personal injury, loss, damage to property, or death in connection with my participation in this event. Further, I understand and acknowledge that there currently exists a global pandemic associated with the disease COVID-19, that I am participating in this event at my own risk, that any safety precautions designed to protect against the spread of COVID-19 undertaken by the Releases does not guarantee I will not contract COVID-19, and that, the foregoing notwithstanding, it is my specific intent to affirm my foregoing release of the Releases with respect to any personal injury, loss,

Because we are nearly full and limited to 50 people on each course, caddies and spectators will NOT be allowed.  We will consider exceptions for reasonable accommodations on a case-by-case basis.  Please contact Bill Block (928.707.2676, discbill@yahoo.com) if you think you need such an accommodation.

All scoring will be done using the PDGA electronic scoring application.  This means that somebody on each card must have a cell phone to keep score.  To avoid possible spread of Covid, the phone should be handled ONLY by the person keeping score. We recommend that a second person also keep score using Udisc or a paper scorecard.  We will have paper scorecards available on each course.  If it is discovered that the score recorded on PDGA is incorrect, the error must be brought to the attention of the course official or tournament director within 1 hour of completing the round.  As recommended by PDGA, we will not display scores on a Scorepoint at the courses to reduce congregations of people checking scores.  You will need to go the PDGA website to check scores.

This is a 3-day tournament.  Given county and city Covid safeguards, we are restricted to 50 people (players and staff) on any course at a time.  This has necessitated breaking the field into 4 pools.  Each pool will play 2 of the 3 courses over 2 days.  Amateur divisions (C and D pools) will play 2 rounds on Friday and 1 round on Saturday; Professional divisions will play 1 round on Saturday and 2 rounds on Sunday.  Pool assignments are below.

Menu
Play A Round with someone!